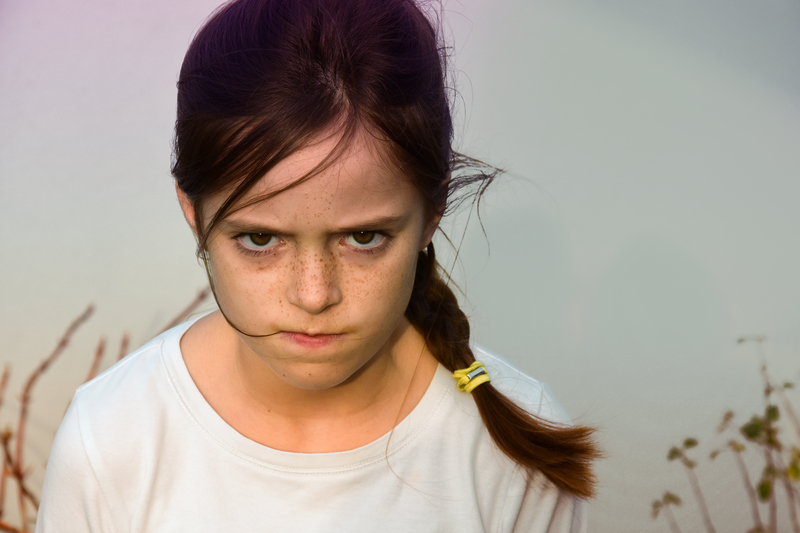 Parents Should Never Negotiate With Either

His eyes were bloodshot. His arms were violently swinging in every direction. His face was flushed red with fierce anger. Everyone in the room stared in shock and fear of what he might do next.

No, he wasn’t a member of ISIS. He was a 3-year-old at my family’s favorite Mexican restaurant.

That was this past Friday evening. Last week, it was the 10-year-old boy at our neighborhood pool. Last month, it was the really cute little 4-year-old girl on my flight home from a speaking engagement in Philly.

Different kids. Different ages. Different genders. But each of them had one common denominator: parents who began to “negotiate” when their kids exhibited bad behavior.

Let’s use “pool boy” for example. Nearing sundown, his mom walked over to the edge of the water to inform him it was time to go. He didn’t move. He didn’t even respond verbally. He just kept playing with his underwater camera. Mom repeated her directive, “It’s time to go. Get out and dry off.” This time, the kid did what most kids do: ask for 5 more minutes. Mom was insistent. “No, we have to go now so get out of the pool.”

The 5thgrader didn’t budge. He just looked at his mom as she folded her arms in frustration. “Chase, get out of the pool, now!” Nothing. “Chase, if you don’t get out, we’re not coming back tomorrow.” Zippo. “Do I need to call your dad?” Blank stare.

And then came her negotiation tactic. “Chase, if you’ll hurry up and get out, you can have ice cream at the house.” Chase finally made his way to the edge of the pool, slipped out of the water, toweled off, and escorted his defeated mother home to collect his prize.

Parenting Tips from Bruce Willis, Chuck Norris, and Arnold Schwarzenegger
As a kid, I watched Die Hard and Delta Force, and pretty much everything starring “The Governator.” If I learned anything from the action flicks of my adolescence, it’s that we don’t negotiate with terrorists. There’s simply no reasoning with anyone that rebellious and irrational.

If I understand the Bible and adolescent development correctly, every kid – yours and mine included– starts off rebellious and irrational. Yet, more times than I can remember, I’ve witnessed parents try to reason with or negotiate with rebellious and irrational kids. In the end, the kid’s disobedience is met with the parent’s ransom…virtually assuring there’ll be another confrontation of wills in the future.

Negotiation has conscious (and subconscious) ramifications. First, there’s an erosion of respect for the parent in the kid’s mind. Even little kids notice when parents don’t follow through. Second, the child soon realizes that disobedience is a viable option. Not only do we “teach what we do,” we also “teach what we allow.” And third, the idea that disobedience can actually be parlayed into a reward is reinforced.

Don’t get me wrong. I’m not implying that our relationship with our kids should be built on mere boundaries. Bonding and boundaries are equally important. Our kids don’t need to be raised by drill sergeants. But what do we do when our kids do disobey… or throw a fit? Sometimes parents don’t know exactly how to respond.

If you’ve tried the negotiation strategy – and had it blow up in your face – try the following process to spur your child to obedience.

Talk quieter. It might seem counterintuitive, but let your kids know that when you say something, you actually mean it. If we always have to get loud before our kids listen, then we’re training our kids a simple habit: only listen when Mom/Dad gets loud. When Jonathan McKee surveyed hundreds of parents asking them one parenting habit they would change if they had a parenting do over, the No. 2 answer was, “I’d not let my anger get the best of me.” One dad said, “I’d use a softer voice, always.” If your kids misbehave, keep a calm tone, and then…

Be clear with your directives…and timeframe. This lets your kids know what’s expected of them…and when. For example, you might say, “Have your toys picked up before dinner,” or “Stop bothering your little sister right now.” You might even want them to repeat back to you what you just told them to do (or stop doing). Regardless, setting a specific expectation and deadline gives kids concrete parameters in which to make a decision. They’ll know exactly what you want, even if they don’t comply. In that case….

Repeat yourself one time…with a firm warning of coming consequences.Do not, under any circumstance, try to “sweeten the deal.” Disobedience on their part can never result in blessing on your part! For example, you might say, “Pick up your toys before dinner like I asked or I will take away your toys until tomorrow.” Or, “Stop bothering your sister or you won’t get any dessert.” Don’t allow the showdown to bleed into an offer of compliance or consequence. Obedience to your directive is still mandatory (picking up the toys)…but they now have to face the consequence of their obstinate behavior (forfeiting their toys for a day). If you have a history of following through, more often than not, your child will yield to your wisdom. If not, they might try to call your bluff. In that case….

Enforce the stated consequences. In other words, keep your word. Anything less will handicap your authority in the future. This doesn’t mean you turn into the terrorist. You don’t have to match their rebellion and irrationality. No screaming or tantrum is required. Just take your promised course of action. It’s the best way to teach obedience in the long run.

This isn’t unkind. It isn’t unloving. Nor is this an excuse for parents to become tyrants. It’s the beginning point for teaching kids the importance of obedience and that their disobedience has consequences.

Give it a shot. If it doesn’t work… you can always go back to giving in.