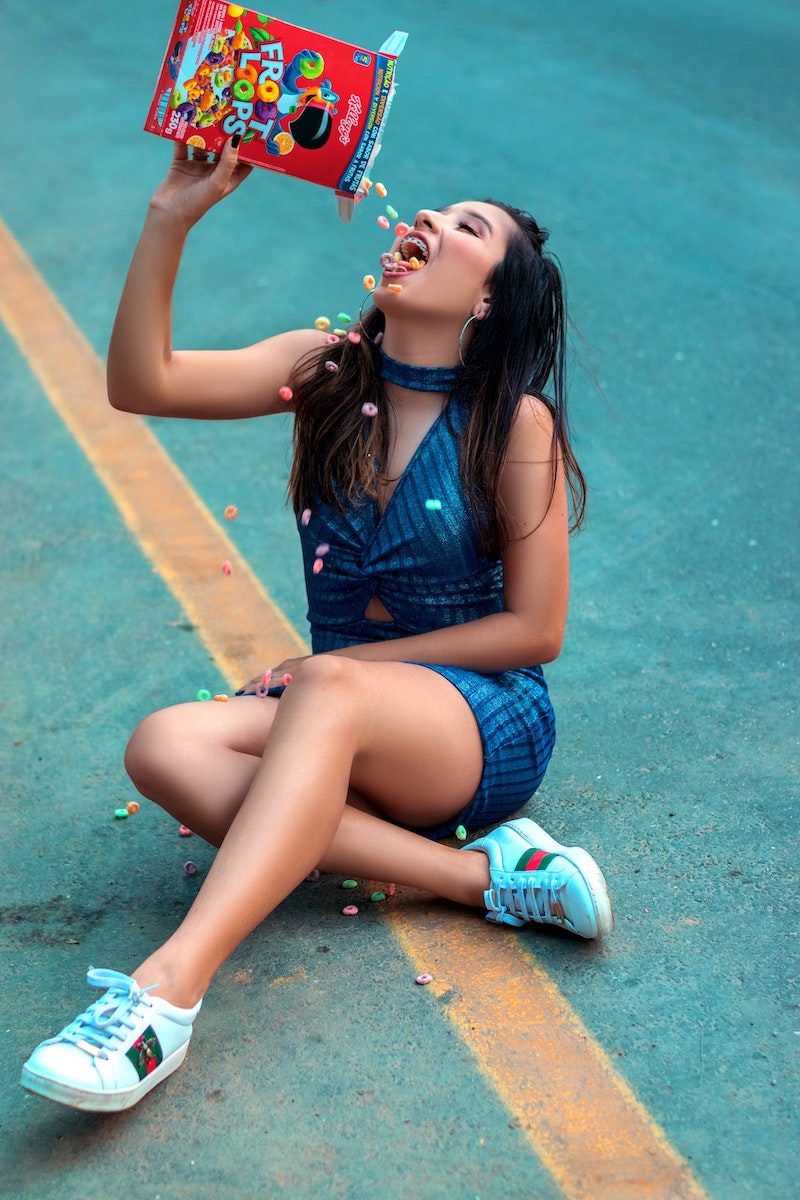 I stood there in our church kitchen with a mix of disgust and amazement, as I watched him lick his fingers repeatedly, continuing to work his hands through the bowl of cheese curls. Big handfuls were being attempted to be eaten all at the same time.  Half of them made it into his open jaws, while the rest dropped to the floor in an orange powdery rain. He didn’t even pick them up. He just crushed them with his feet and laughed.

He looked up and gave me a neon orange grin. His mouth was still full of unnaturally orange slime, but he still managed to mumble out a “What? What is the matter?”

Who was this child and what kind of people raised this slob?

Same week, I’m in a grocery store and a kid that couldn’t have been older than 10 was literally yelling at her mom about, “Why can’t I have Froot Loops!” Another kid in a restaurant the same day let his gaseous buildup rip for everyone to hear… then his family laughed (and this wasn’t McDonald’s).

Is it just me… or are these incidents becoming a little more common?

What is it? Some learned behavior from and inundation of uncensored Netflix and YouTube, or just a sign of “free range” kids left to figure out life on their own without their parents?

It’s Alive!
Manners, politeness, and basic respect are quickly becoming a thing of the past in our society. The common courtesies that were a cultural norm when we were growing up are dying a fiery death. TV shows, movies, and even social media have created a monster problem!

No, I’m not trying to convince you all to become prudes who send off our kids to finishing school to learn etiquette. But as Christian parents, seeking to raise kids that stand out in our culture, something as simple as teaching basic manners is an easy way to make them shine. Even more important, it may give them a way to share and show their faith by words, actions, and attitudes. An easy way to stand apart in our world is taming the manners monster by teaching our children how to – bare minimum—be honorable to you, themselves, and others.

Recently, my 9th grade daughter was chosen as student of the month at her local high school of over 1000 students.  It is a monthly honor voted on by the teachers and principals.  I found out it is rarely given to a freshman, especially in the first half of someone’s freshman year.   Before the school board meeting, where she was going to be honored, we talked with her high school principals and previous middle school principals.  All of them said variations of the same thing.  Everyone notices her because of her respect, politeness, and manners.  She is a rarity to them because so few young people act like she does.

Parents Magazine offered a list a while back of 25 different manners every child should know. Simple things that might seem common sense, but are no longer common place in our world. Things like…

Just think about those couple of suggestion when it comes to the ugly trolls of social media! How would our world change if everyone started practicing simple manners, that were probably standard when we were younger?

Children, even young children, can begin to learn simple manners.  We took the time and made the effort to introduce manners early.  As our children have gotten older we talk about the reasons why polite manners matter socially and spiritually.

We see politeness as connecting manners to understanding and actions. Politeness is something we see Biblical in the concept of “courtesy.”  Titus 3:2 in the English Standard Version says, “To speak evil of no one, to avoid quarreling, to be gentle, and to show perfect courtesy toward all people.”

Teaching children manners and politeness is something we taught our children because we want them to be loving to others around them. Even in simple ways like covering a sneeze or holding a door open for someone were physical ways for our children to learn to look out for others well-being.

Ways to practice politeness and teach courteousness with respect may be:

If your children are going to live respectful with others and in your family, they need to learn how to be respectful in social situations. I Peter 2:17, says, “Show proper respect to everyone, love the family of believers, fear God, …”

Early childhood into teen years is the time to learn how to honor and respect God through being honorable and respectful to others. It is more than just nice social etiquette but a Godly spiritual testimony to a world. It is time we tame the growing manners monsters in our homes before it is too late.