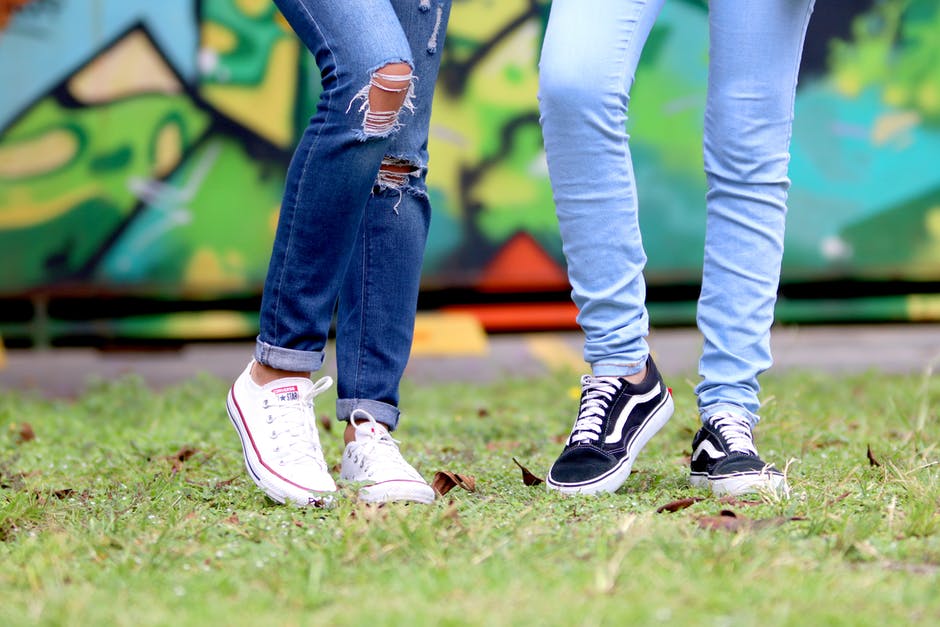 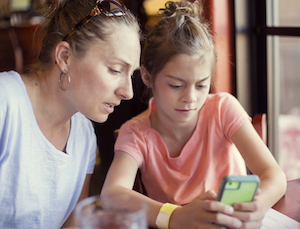 Parenting was difficult enough, and then our kids metamorphosized into something called a “tween.” They’re kind of like mutants during this time—half kid, half teen. And now that most of them have devices in their hands, raising them has just become more difficult!

But it’s not easy for them either. They go to school where half the boys are only 4 feet tall with squeaky voices, and the other half are giant ogres with body hair. Some girls still play with Barbies, while others are sexually active.

So how can we possibly parent today’s middle schoolers during this confusing transitional phase?

Here are 3 tips to not only survive, but maybe even enjoy this time.

1. Delay social media
Don’t take it from me; this advice is from the American Academy of Pediatrics, Common Sense Media, Dr. Jean Twenge—author of IGen, and countless other researchers. In fact, for those under 13 it’s actually enforced by the Federal Trade Commission in their Children’s Online Privacy Protection Act (COPPA) which prevents websites or online services (like SnapChat, Instagram, Twitter and Facebook…) from collecting information from anyone under 13. That means when your 11 or 12-year-old middle school student tries to sign up for SnapChat, the first thing SnapChat does is ask for their birthdate. If they’re not 13, then it won’t allow them to sign up.

Because they lied about their age. That’s the frustrating element. The FTC has no way to enforce this, and apps don’t require any sort of age verification. So as a result, even if you don’t allow your 12-year-old to have SnapChat, many of his or her friends will have SnapChat (or as your kids will tell you, “All of my friends have SnapChat”). We live in a world where the average kid gets a smartphone at 10.3 years old and most of them aren’t waiting three years for social media.

But don’t give in. When your 12-year-old asks if they can have Instagram, just say, “Sorry, it’s against the law.”

It’s not just the FTC who thinks 11 and 12-year-olds shouldn’t be on social media. In fact, a coalition of 97 child health advocates sent a letter to Facebook’s Mark Zuckerberg in January asking him to shut down Messenger Kids. The letter said, “Raising children in our new digital age is difficult enough. We ask that you do not use Facebook’s enormous reach and influence to make it even harder.”

The difficult part is when your 13-year-old asks to be on social media. Now you don’t have the COPPA excuse anymore. This is when it’s good to keep educating them about what researchers are saying. Take them to articles like this one from the New York Times where they can read about the CEO of Common Sense Media delaying his own kids getting smartphones until they were in high school. Or this article in the Washington Post written by Dr. Jean Twenge about the rise of teen depression and suicide. Just read snippets of the article and ask your kids, “Why do you think ‘teens who spent more time than average online and less time than average with friends in person were the most likely to be depressed?’” Then ask, “Have you noticed this with any of the kids at your school?” Start by asking about “other kids” or “their friends,” not them—it’s comes across less confrontational. Then eventually ask, “What do you think a healthy balance of screen time looks like?”

When you think your kid might be ready for a phone and social media, don’t hesitate to educate them first. Use a resource like The Teen’s Guide to Social Media & Mobile Devices as a phone contract. When they finish the book or a few chapters of your choice, then they can have a phone. Better yet, meet with them each week and go through the discussion questions at the end of each chapter opening up the doors of dialogue about important issues like what they’re posting, who they’re ‘friending’ and safety precautions like whether or not they are allowing their location to be seen in features like “SnapMaps.”

Don’t give into the pressure of, “All my friends have Instagram.” The consequences of delaying are minimal.

Plus, this delay allows you to…

2. Maximize bonding time… while they still like you
Middle school presents a unique opportunity for connection. They haven’t got their driver’s license or a job yet, and if they aren’t on social media yet then they are still a little more hungry for social interaction. So use this opportunity to maximize connection with your kid.

Take them out for French fries at a restaurant they enjoy, or join them playing their favorite video game. These fun settings often catalyze moments of meaningful conversation. Don’t force conversation… just seek out times of face-to-face interaction and conversation will eventually happen naturally. (Here are 52 ideas of these kinds of settings, or 5 tools to create these settings.)

Don’t be like I was or the countless parents I interviewed who focused so much on finding the perfect “boundaries” for their kids that they neglected bonding. Bonding is the one parenting practice that every researcher agrees makes a difference in raising your kids today.

That’s why it’s important to remember…

Here’s the problem with putting too much focus on boundaries: we make every decision for our kids. When we simply provide them a list of what’s acceptable and what’s not then they never need to learn discernment. This creates a problem when they turn 18 and are in a college dorm by themselves. Are they going to call you up from their dorm room and ask you, “Mom, can I add Cardi B to my Spotify list?” Probably not.

Engage your kids in conversations about truth. Middle school is a great time to read the Bible together as a family. If you feel ill-equipped to explain what you’re reading, look for some fun books geared towards young people that share Biblical wisdom about relevant issues your kids are experiencing. I’ve had countless dads thank me for my Guy’s Guide to God, Girls and the Phone in Your Pocket as a discipleship tool they used with their sons.

I’ll be honest. There were times I heard groans from my kids whenever I pulled out the Bible or a devotional after dinner. But I’ll never forget something my daughter Alyssa said when she was a young teen. After we read the Bible together she confessed, “I’m never excited whenever you tell us we’re going to read the Bible together; but I’m always glad after we do.”

Don’t forget to open the doors of dialogue about truth in your home.

Middle school is the perfect opportunity for this: they (hopefully) don’t have their heads buried in their phones, they still are open to face-to-face connections, and they typically aren’t callous about hearing Biblical truth.

How can you connect with your middle schooler this week?