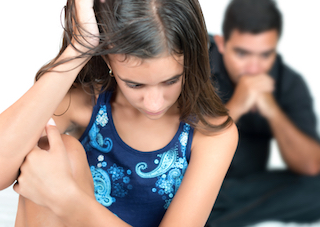 In the last year, we have noticed a growing number of parents asking us the question, “What do I do if my teenager tells me, ‘I don’t even believe in God?’” We’ve heard the question so many times we needed to address it, and we addressed it last week in Part I of this article, My 16-Year-Old Doesn’t Believe. If you haven’t read it yet, I strongly recommend you do that now.

I am a parent of two kids, and although they haven’t asked me that question, I do have a fairly unique perspective on this issue for several reasons:

And finally, as a teen, I went through this myself. I grew up in the church, faked it for quite a while, and then in my twenties abandoned Christianity completely for several years. So basically, my parents went through exactly what many of you are going through. I then discovered Jesus in my mid twenties, but in the process I met a lot of people like me along the way.

So what is a Christian parent supposed to do when their sixteen year old comes to them and tells them that they don’t want to go to church or believe in Jesus anymore?

When I was in my late teens, I started to have doubts about my belief in God. Occasionally, I would articulate this to a Christian friend or leader and I usually received the same reaction – they would talk. Some people would react by saying, “I know that sin is a powerful temptation, but you need to just be disciplined and run away from the temptation.” Others would say, “You know it takes more faith to be an atheist than it does to be a Christian. You should read this book.” And then they would hand me an “apologetics” book (if you are not familiar with the term, these are books designed to answer people’s questions about the faith, but mostly present arguments against atheism). Or my favorite, “I thought that you were smarter than this. Don’t be such an idiot.”

Now I am not saying that these answers were wrong per-se (except for maybe that third one), but they were all volunteered to me without even taking the time to ask why I was experiencing these doubts. I was already very afraid to ask these questions to begin with, and when I finally did, most people just talked at me. That’s what most people do.

Often they were just explaining to me how they overcame some of their doubts, or how they saw someone else do it. But in the process, they failed to understand one of the most important principles in dealing with doubt: Every single person experiencing doubt has completely different reasons for their doubts.

Let me say this in a different way. No two sixteen year olds who express doubt have exactly the same reasons for their doubts. We may assume that we know, but we never will actually know until we ask them.

You Have to Ask Why
Years ago I moved from a fairly warm climate city in California up into the mountains of Northern California. I drove a convertible Mustang GT at the time and realized quickly that this car wasn’t going to work well during winter. So I sadly decided to sell the car in order to look for a more practical vehicle for the snow. But this meant that I was going to have to do one of my least favorite things in the world – buy a car. No, I don’t mind the process of test driving cars, actually it is kind of fun. I just don’t like dealing with car salesmen. Why… because most of them don’t listen to you. I can’t tell you how many people were trying to sell me other Mustangs or sports cars because they assumed that was what I wanted. But all they had to do was ask me why I was looking for a new car. The simple fact was that I wanted to drive a car that drove well in the mountains in the snow, and if they had asked me that, they would have stopped trying to sell me another Mustang.

If we don’t figure out why our teen is having doubts, we cannot even begin to deal with the situation. If we just start talking at our kids, without figuring out why they aren’t interested in Christianity, we are just wasting our time. As a matter of fact, I would argue that you shouldn’t say anything to your kids about their doubts until you really understand why they are expressing them to begin with. This may mean many hours of listening to your teen before you say anything that resembles advice. And even though you may be tempted to jump in and “fix” the doubts with words… often fewer words and an attitude of non-judgmental listening can really open hearts to God’s truth, grace and love.

Imagine that your son just read a copy of the wildly popular book “The God Delusion” by atheist Richard Dawkins and they start expressing doubts. You don’t know this. You just know he has a bunch of friends who smoke pot. So then when he expressed those doubts to you, you start talking to him about drug use?

Or what if your teen is bored to death at church, but when they tell you that they don’t want to go to church anymore, you start talking to them about alluring temptations like sex? It must be that, right?

When you don’t take the time to ask why, and then you talk at your children instead of listening to them, you just further alienate them. And trying to overcome objections that they don’t even have just makes your ideas look even more irrelevant in their lives.
If you don’t know why your teen is having doubts, there is no way that you can even begin having a meaningful conversation. This means that you have to listen to them. Jonathan made this point well in his article last week. There is a reason that your child is going through the feelings and questions that they are, and it may not be what you think it is. The only way that you will find out is to talk to your child and really figure out why they are experiencing doubt. Then, and only then, can you start to dialog with your child about their doubts.

Tips for Meaningful Conversation with Your Teen
Getting your teen to talk to you and figuring out why they are experiencing doubts is more than half of the battle. But the reality is, conversation is a starting point, and there is no magic formula or quick fix that will always work. There is no script that you can follow or argument that you can make that will work every time. As a matter of fact, arguments often have the exact opposite effect, further entrenching our kids in the positions they have begun with. But when we engage in meaningful conversation about these things with our children, and we listen, we may find that we still have influence. Relationship is key (another point made in last week’s article). When our kids know and believe that we love them no matter what and we are invested for the long haul in their lives, we get much greater buy in.

While I could never begin to try to deal with every objection that teens tend to bring up, here are a few things that you might remember while trying to get to the “why” with your teen.

A Final Thought
Telling your Christian parents that you are having doubts is one of the hardest things in the world to do. Chances are, that it was difficult for your teen to even mention it to you. Also, the way you deal with it now will also determine whether or not they take the risk to talk to you again about their thoughts in the future. If you want to continue talking about these ideas after they are eighteen, you need to make it very comfortable to talk about them now.

Remember that you don’t have to seek to be understood as much as you need to seek to understand. It is easy to forget that our elegant arguments are not nearly as important as how we love and listen to our children. This is why I love what John so eloquently said in his first epistle, “Dear children, let us not love with words or speech, but with actions and in truth.” (1 John 3:16-18, NLT)