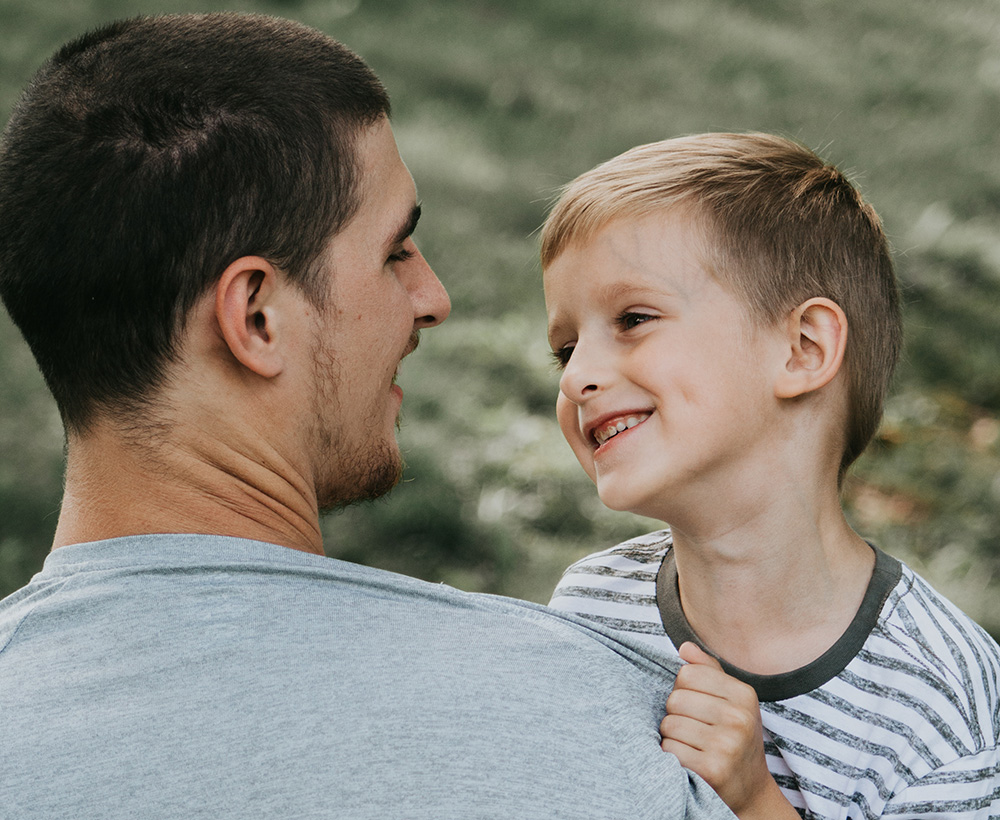 Being a Do Not Disturb Parent

What if some day you actually miss being interrupted by your kids?

It’s hard to even consider that in the moment, like the moment when you are about to finally put your head on the pillow and end the day for good. Or maybe you sat down for the first time and actually put your feet up and opened up that book you haven’t cracked in over a week. Then, without warning…

Your teenage daughter decides it’s apparently the perfect time to tell you how she thinks she likes tea which is strange to her because she always envisioned herself as a coffee drinker. Or maybe your 11-year-old son is working on a paper and he really wants to just “run it by you really quick.” The struggle increases because you want to be legitimately interested in what they are saying but you doubt your own ability to view them as anything but an obnoxious alarm clock that is going off before you even were able to sleep.

Perhaps you feel guilty even thinking those things, but let’s be honest…. we’ve all been there.

I feel the need to make a full disclosure. I am a planner. I start every day making sure my calendar and to-do list is in order, and struggle deviating from the predetermined plan. I’m going to take a giant leap and assume some of you don’t operate that way, and that’s okay. I’m confident you’re going to pick up what I’m laying down here.

Remember the days when your kids were predictable? During their younger years, there was a pattern you could depend on. You could count on their availability during certain pockets of the day when they weren’t sleeping, eating, spitting up or watching Dora the Explorer. Eventually the schedule involved being away at school, and you established a routine.

When they move to their teenage years you often have no idea what they are doing or why they are doing it. Many of your conversations end up being about logistics. I need a ride here, I need the car to do this, can you give me money, help me with this and so forth. The struggle is real.

When I am in a hotel, one of the first things I do is put the do not disturb on the door. It only took one time of the cleaning person entering the room while I was in the bathroom to realize how important that was. I value the times when I can be undisturbed.

I wonder if in the midst of my desire to be undisturbed, have I missed out on opportunities for quality time with my teenage daughters?

I prefer things to occur on my schedule, but what if a key to parenting a teenager is letting life unfold on their schedule?

Inviting them to interrupt me goes against all the times I taught them being polite means not interrupting people. I never intended for that to result in them thinking I’m too busy for them.  In the blink of an eye they’ll be grown and I’ll be sitting on the couch with my wife asking her if she’s heard from the kids. Okay, so maybe I’m being dramatic– but I have my kids at home now and I want to seize these opportunities.  If I’m going to do this better, here’s what I have learned I need to do:

1. Just say “yes”– “Dad, can I tell you something?” I used to say the dreaded “In a minute” (which quickly became 30) but now I paraphrase former President Obama and say YES YOU CAN! Practically this has meant shifting my attention to them immediately when I am able. I’ll put my phone down in mid-text, close my computer mid-sentence, put the book down, pause the television and so forth. Saying yes has led me to make way too many impromptu trips to Target, but also has opened the door for me to know my girls better. Jonathan McKee has a great piece worth checking out on how saying yes changed his parenting.

2. Follow up fast when I can’t drop everything– There will be times when I simply cannot drop everything the moment my teenager walks into the room. I might be making dinner (yes I’m domestic), finishing up a work call, or meeting a deadline. In our house one of my daughters tends to demand attention whenever I am talking with one of their sisters. When this happens I’ll ask them to give me a minute and then make sure I hold to that. I want them to know they can trust me so eventually we may have moments where they might feel safe and open up. I’ll go to their room and sit down and ask what’s up, or I might even propose something else which leads me to the final point…

3. Go the extra mile when possible– Perhaps I’m compensating for the guilt I feel for the many times I communicate “leave me alone,” but I have found value in going the extra mile. If they interrupt me and start talking about something, I might say “hey, I actually have to run to the store, why don’t you just come with me?” I’ll turn that trip into getting them something whether it’s a favorite treat or a Dunkin Donuts iced coffee (which I’m convinced is one of my daughters love languages).  You know those times when you have a stressed out teenager because they forgot tomorrow is plaid day at school and they just realized they don’t have any? Or perhaps they have a huge project due and they really think if they just had a better visual they would feel much better about it. Those moments are I’ve learned to fight my urge to run and hide and instead create memories of running to one or two or twelve stores with them, determined to find the thing they need.  Going the extra mile with them says I love you even though you totally interrupted what I was doing, but I don’t care that much because I got to spend time with you.  Quality times often happen as a result of quantity time.  They are basically lobbing me softballs when they invite me into their world.  I want to knock those out of the park.

Continuing on the theme of full transparency, interruptions are challenging for me. I love people tremendously, but I also fight against the feeling that there is something else I should be doing.  I often struggle to be present.

God is working on me, and I suspect He is working on you as well. Let’s be parents who put the do notdisturb sign on our doors and make sure we can seize the precious opportunities with our teenagers while they are still here.  Let’s invite them to interrupt us and see what might happen when they do.