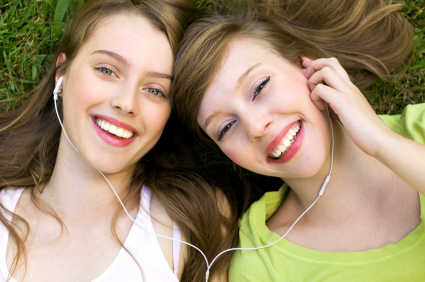 “Sure, as long as you don’t download any of those explicit songs.”

Sound familiar? It’s the logic many parents use with their kids’ entertainment choices.

It would be nice if it were this simple, but does this equip our kids to make good entertainment media choices? Sadly, not even close. It fails our kids in two areas:

Let’s look at today’s top 10 songs for example. We’ll look at the iTunes charts because they reflect up to the minute changes in popularity.

If we look at the Top 10 today, as I write this, we see one explicit song, Eminem’s The Monster. If you listen to this song or Google the lyrics, you’ll hear him drop a few curse words as he talks about how fame isn’t what he thought it would be.

Now let’s look up the song Timber, by Pitbull. This song doesn’t have any explicit warnings, so it’s fair game for most kids to download. “Clean”… right? Let’s look at just an excerpt of the lyrics:

The bigger they are, the harder they fall
This biggity boys are diggity out
I have ’em like Miley Cyrus, clothes off
Twerking in their bras and thongs, timber
Face down, booty up, timber
That’s the way we like to–what?–timber
I’m slicker than an oil spill
She say she won’t, but I bet she will, timber…

Do you really want your kids listening to this?

The same logic could be applied to movies. Don’t let your kid watch the R-rated Passion of the Christ, but let them watch the PG-13 Grown Ups 2, where dads lust after the ballet teacher, moms lust after the yoga instructor, and parents drink, fight and make raunchy jokes you don’t allow your own kids to say.

So what’s the appropriate way to teach our kids to make good media decisions?

It’s what every parenting expert recommends… and it’s the one task parents avoid when they just implement illogical guidelines.

So when your kids want to download the new Lorde song, Royals… have a conversation. Engage in a dialogue with the following suggestions/questions:

“Let’s listen to it together.”

“What is she trying to communicate?”

“What do you think most young people are gaining from this song?”

“Is this song beneficial to you or hurtful? Explain.”

SEE HOW JONATHAN UNPACKS TWO DIFFERENT SONGS
IN THESE POSTS FROM HIS BLOG:

If You Liked this Article, You’ll Love, “If I Had A Parenting Do-Over” by Jonathan McKee