Before She Says “I Do” 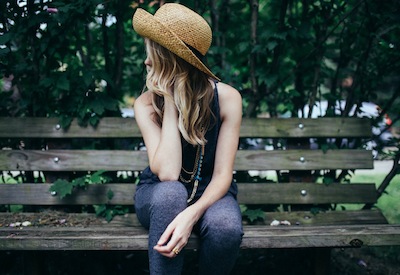 Last June on Father’s Day, I stood at the brink of performing the marriage of our daughter. As the father of two daughters, I was so excited about welcoming another dude into our family. (Shout out to you, Adam!) At that moment I asked myself if I had done everything I needed to do to equip my daughter to be the best she could be as she began a new family.

Looking back at all my years as “Dad” living in a house of estrogen, trying my best to be the best possible father a girl could have, I can’t help but notice three key traits necessary for our little princesses to thrive in the grown-up world.

Tenacity
As my girls were growing up I coached their softball teams. Not only did I want to see them develop self-discipline, learn to win confidently, and lose graciously, I also knew they would need to develop some toughness to survive all this world has to throw at them.

I’ll never forget the day that Courtney asked her mother and me what she should do on the base paths if a girl was standing in her way. So, as I was coaching third base, and my wife was sitting in her folding chair, Courtney ran over the other team’s shortstop on her way to third. As the pig-tailed shortstop sat in the dust crying, Courtney looked up in front of God and everybody, and exclaimed, “But, Mom, you told me to do that if the girl was in the way!”

A bit of embarrassment and pride coursed through my veins at the same time. Ah, tenacity. I wanted my daughter to grow up with the confidence that she knew who she was and whose she was, a confident daughter of the King, someone who would not be led astray by pressure from her peers, subject to the whims of those who did not know who they really were.

I think my girl is pretty tenacious.

Harmony
In Philippians 4:2, Paul pleads with two women in the early church, Euodia and Syntyche, to “iron out their differences and make up” (The Message). I’m not picking on women in the church here because I’ve seen plenty of grown men not able to get along (and I’m not just talking about on the church softball team).

Courtney never liked what she called “chick drama” when it reared its head in the late elementary and middle school years. Some of her best buds have been guys probably because of that reason. She stayed away from much of the drama, and as a rule, got along pretty well with everyone.

As my girls were growing up we talked a lot about our differing personality traits in our family using the model popularized by Dr. Gary Smalley. Courtney knew she was a bit more like her father (the otter) than her mother (the beaver), but had learned very well how to interact with her sister (the lion). I felt like Courtney had a pretty good lead on understanding how her personality would mesh with Adam’s as they talked about this in their premarital counseling. It served her well as a soprano in a girls’ a cappella ensemble in college, currently as a high school math teacher, and I believe it will help make for a happy marriage.

We have the responsibility of helping our girls get along and play well with others. Their future happiness depends on it.

Tenderness
Paul is speaking to all Christ followers when he says, “Since God chose you to be the holy people he loves, you must clothe yourselves with tenderhearted mercy, kindness, humility, gentleness, and patience” (Colossians 3:12, NLT). But, oh, how we fathers need to hear those words when it comes to loving our daughters. Just as godly tenacity is missing from some of our grown-up daughters today, so is tenderness.

Perhaps we’ve swung the pendulum these days in which heroines like Katniss Everdeen, Princess Merida, and Queen Elsa have taken center stage. Don’t know who they are? Ask your daughter! Sometimes in the quest to teach our daughters toughness, we’ve left a little tenderness behind. Their future spouses need them to be tender, loving, gentle, feminine, and beautiful just as God created them to be.

Humorist Garrison Keillor has said, “The father of a daughter is nothing but a high-class hostage. A father turns a stony face to his sons, berates them, shakes his antlers, paws the ground, snorts, runs them off into the underbrush, but when his daughter puts her arm over his shoulder and says, ‘Daddy, I need to ask you something,’ he is a pat of butter in a hot frying pan.”1

The first movie I ever took her to see was Beauty and the Beast. Not a bad example of tenacity, tenderness, and learning to get along! Some years later when we were at Walt Disney World, I actually got chosen to play the part of the Beast in front of lots of vacationing families for a show called “Storytime with Belle.” In the shadow of the castle, my daughters looked on and laughed, half-proud and half-embarrassed.

At times in our daughters’ lives we get to be their heroes, at other times, absolute nerds. Regardless, we have been given the privilege to make the best use of the time we have until the day we entrust them into the hands of another man.

I encourage you with these words from musician John Mayer, “Fathers, be good to your daughters; daughters will love like you do.” 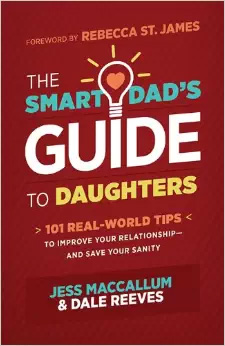 Dale is the Family Life Pastor at Christ's Church, Mason, Ohio and serves on the Preaching Team. He gives oversight to all aspects of the discipleship process (or spiritual growth), from birth to death. Dale is passionate about inviting people into discipleship, training them to follow God, empowering them, and then unleashing them to be “a leader of people with a reproducing influence.” Dale served as a youth pastor for twelve years and an editor at Standard Publishing for twenty-two years. Although he and his wife, Karen, became members at CC in 1990, it wasn’t until 2013 that he joined the staff here. He feels that the Lord was using all of his career experience up to this point to prepare him for his role as the Grow Pastor. As empty nesters, Dale and his wife, Karen, love spending time with their daughters and their significant others. Dale likes to scrapbook (while watching ESPN, of course) and he does a pretty awesome impression of the Cowardly Lion. Dale lives life with zest and says, “I’m blessed far beyond what I deserve.”