Backtalking to Mom Should Be Rewarded? 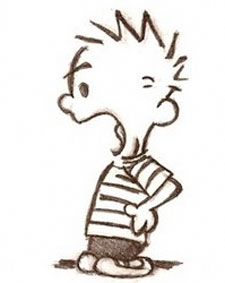 How many of you are already taking off your belt to teach this kid a thing or two? At first glance, this kind of talk from your kids might seem disrespectful, or as some of us call it, “backtalk.” But what if I told you, allowing this kind of talk can not only open doors for healthy conversations, but it can help your kids learn to say ‘no’ to drugs or alcohol.

Don’t worry, I’m not advocating letting our kids disrespect their parents. I’m advocating allowing our kids to respectfully speak their minds. Kids who can calm and confidently disagree with their parents are actually 40 percent more likely to say ‘no’ to drugs or alcohol than kids who didn’t argue.

The study was done by the University of Virginia and they published their findings in the journal, Child Development. Dr. Joseph P. Allen studied 157 13-year-olds, videotaping them describing their biggest disagreements with their parents. Some parents just laughed and rolled their eyes when they watched these videos. But the parents who wanted to talk with their kids about what they heard were the ones that Allen described as “on the right track.” The parents who allowed their kids to dialogue with them gave their kids practice handling disagreements.

NPR’s health blog tells us more about the study:

Allen interviewed the teens again at ages 15 and 16. “The teens who learned to be calm and confident and persuasive with their parents acted the same way when they were with their peers,” he says. They were able to confidently disagree, saying ‘no’ when offered alcohol or drugs. In fact, they were 40 percent more likely to say ‘no’ than kids who didn’t argue with their parents.

One of the biggest complaints I hear from teenagers is that their parents don’t listen. What if the parent at the beginning of this article didn’t take time to actually listen to their kid?

Maybe we should listen to the rest of the story:

“You did tell me that, and here’s why I didn’t do it yet. You also told me to feed the dog and finish studying for my SAT test. Molly looked hungry, so I fed her first. Then I went straight to studying because I figured that was the most important. When I finish studying in about 15 minutes, I’ll get straight to cleaning my room. Is that okay?

Let’s be realistic. This probably doesn’t happen too often. Some of us might experience much more flawed logic from our kids like this:

“You did tell me that, and here’s why I didn’t. I got a phone call from Taylor and he really needed to talk. So I talked with him, and he wanted me to check out this Facebook post that Chelsea put up about him. While I was checking that, I noticed that Jake was FBO with Katy, and you know how much she hates me, so…”

Here’s a situation where parents can rise up and respond back to their kids in a manner that corrects gently, still keeping the doors open for future discussion. Sometimes this is easier said than done. Sometimes we tell ourselves that yelling just works better. But wouldn’t it be better to keep the channels of communication open? They’re pretty easy to slam. Besides, when we give our kids the gift of letting them be heard, we can do one better than just getting them to clean their room… we can teach them to articulate themselves and stand up for what they believe.

The NPR article linked above contends, “effective arguing acted as something of an inoculation against negative peer pressure.”

That probably makes a lot of us think twice about simply responding, “Just shut up and clean your room!”