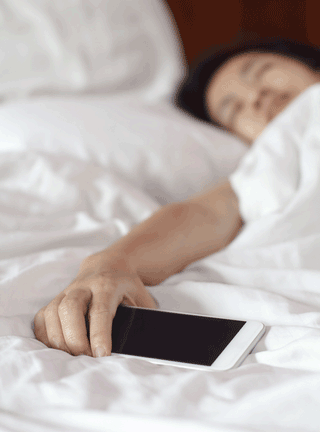 Who is staring at screens more, teens or adults?

When our measuring tape isn’t long enough… does it even matter?

We’ve never had a device like it. It’s the most powerful tool we’ve ever kept in our pocket. It’s the Swiss Army knife of technology. 79.1% of U.S. mobile subscribershave one, 72 % of the entire adult population. (Yes, that includes great grandpa.)

We love our smartphones. The question people are beginning to wonder is…. what effect is this little device having on us?

Define obsessed. Is it measured in hours?

The numbers aren’t pretty. We live in a world where U.S. adults spend anywhere from 2.9 to 4.7 hours per day (depending on who’s counting) on our smartphones alone. If you add our time sitting in front of the TV, the computer and all other forms of entertainment media and technology, we clock in 11 to 12hours a day. That’s just the average.

Think about that for a moment. The average adult is only awake 15 hours a day. Do the math. This doesn’t leave a whole lot of time to walk the dog, get coffee with a friend… or play with your children!

Picture what this looks like in the typical home: the adults are staring at the TV, the teens are streaming video on a mobile device, the toddler is flicking colored shapes across the screen of a new iPad… and the dog is on the treadmill because no one walks him.

This isn’t a single-generational issue. Boomers and Xers love to try to make this a Millennial thing (Gen Y). It’s not even a teenage thing (Gen Z). Stop blaming young people. The truth is, today’s adults often clock in more hours on technology than teenagers. Adults definitely watch more TV (check any Nielsen report, any day of the year—the older the person, the more hours watched), but they also were more prone to peek at their social media on any given day. In fact, a recent study just showed 25-54 year-olds were the most compulsive social-media checkers.

And if you add up all entertainment media? The most conservative reports show adults soaking in almost 10 hours a day (Nielsen, 2016), and the most accurate teen studies show 13-18-year-olds averaging just under 9 hours per day.

Don’t get snow blinded with the numbers. Allow yourself to step back and consider the big picture for a moment. All of us spend the majority of our waking hours absorbing entertainment media and technology.

Priorities are becoming a little bit confused. The overwhelming majority of Americans spend more time staring at a screen than talking with their partner. But I guess those partners shouldn’t be offended, we even stare at screens when we’re staring at other screens. Eighty-eight percent of people actively entertain a second screen while watching TV.

Guess what the device of choice is?

So how do smartphone-obsessed adults connect with smartphone-obsessed kids? That’s the project I just finished, my brand new book titled 52 Ways to Connect with Your Smartphone Obsessed Kid. And it’s been fun exploring the venues where families seem to naturally open up and just talk with each other without having to say, “Put away your phone!”

What are some of these venues in your home?

When is the last time you and your kids engaged in meaningful conversation?

How can you maximize and even create more settings like this where your family truly connects face-to-face?

JONATHAN’S BRAND NEW BOOK, 52 Ways to Connect with Your Smartphone Obsessed KidIS AVAILABLE RIGHT NOW ON HIS WEBSITE FOR JUST $10. OR JUMP ON AMAZON.COM AND GET THE e-BOOK RIGHT NOW!
By Jonathan McKee 0 Comments
Share