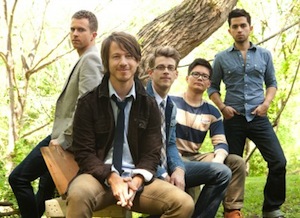 Main Point of Discussion: Although the circumstances of life may wear us down, Christ renews us inwardly and gives us hope for eternity.

Introducing the Song:
Tenth Avenue North has been one of the most popular Christian artists around during the last few years. I’d like for us to watch a music video from their new song, Worn. The song wrestles with some very difficult feelings that most of us have probably had before. The video uses some powerful imagery and symbolism to remind us of the hope that we have as Christians. Let’s check it out together.

The Music Video: The video can be purchased on ITunes or viewed for free here: http://www.youtube.com/watch?v=zulKcYItKIA

My prayers are wearing thin
Yeah, I’m worn
Even before the day begins
Yeah, I’m worn
I’ve lost my will to fight
I’m worn
So, heaven come and flood my eyes

Though I’m worn
Yeah I’m worn
Three Simple Questions (with Answers You May Be Looking for):

Q: What was the main message in Tenth Avenue North’s song?
A: The singer is reminding himself, even in the midst of his pain, that “all that’s dead inside can be reborn.” He knows that this includes him!

Q: Clearly Tenth Avenue North feels worn down by the circumstances of life, but where does the singer say his hope comes from?
A: From the One he prays to. From the One who can make the dead alive. From the only One who can bring life out of ashes. God.

Transitional Statement:
The musicians of Tenth Avenue North sound like they are simply exhausted, emotionally and physically. At times, all of us have probably felt that way. Yet, their song still expresses faith and hope that God is working in their lives. Can we have that same hope in our own lives? Let’s talk more about that for a few minutes.

Say something like this:
Leaves that have fallen to the ground are what? Dead. They’re a symbol, a reminder that this world is dying—it’s wasting away. Yet, in the midst of what outwardly looks like death, we see God bring about new life. The video shows us that “all that’s dead inside can be reborn.” This seems backwards to us, but it’s how God can work. Out of the hardships, difficulties, and even tragedies in our own life, God can renew us with hope and new-life. Today we are going to look at a passage in the Bible that also expresses this feeling of being worn down by struggles and difficulties in life. Similar to the song though, it expresses this paradoxical hope that God can bring new life out of the midst of death and decay.

But we have this treasure in jars of clay to show that this all-surpassing power is from God and not from us. 8 We are hard pressed on every side, but not crushed; perplexed, but not in despair; 9 persecuted, but not abandoned; struck down, but not destroyed. 10 We always carry around in our body the death of Jesus, so that the life of Jesus may also be revealed in our body. 11 For we who are alive are always being given over to death for Jesus’ sake, so that his life may also be revealed in our mortal body. 12 So then, death is at work in us, but life is at work in you.

It is written: “I believed; therefore I have spoken.” Since we have that same spirit of faith, we also believe and therefore speak, 14 because we know that the one who raised the Lord Jesus from the dead will also raise us with Jesus and present us with you to himself. 15 All this is for your benefit, so that the grace that is reaching more and more people may cause thanksgiving to overflow to the glory of God.

Let’s turn over a few chapters and read something that I think will help answer this question for us. Listen to Paul, as he tells us about the trials he faced after he became a Christian.

23 Are they servants of Christ? (I am out of my mind to talk like this.) I am more. I have worked much harder, been in prison more frequently, been flogged more severely, and been exposed to death again and again. 24 Five times I received from the Jews the forty lashes minus one. 25 Three times I was beaten with rods, once I was pelted with stones, three times I was shipwrecked, I spent a night and a day in the open sea, 26 I have been constantly on the move. I have been in danger from rivers, in danger from bandits, in danger from my fellow Jews, in danger from Gentiles; in danger in the city,in danger in the country, in danger at sea; and in danger from false believers. 27 I have labored and toiled and have often gone without sleep; I have known hunger and thirst and have often gone without food; I have been cold and naked. 28 Besides everything else, I face daily the pressure of my concern for all the churches. 29 Who is weak, and I do not feel weak? Who is led into sin, and I do not inwardly burn? 30 If I must boast, I will boast of the things that show my weakness. 31 The God and Father of the Lord Jesus, who is to be praised forever, knows that I am not lying.

Wrap Up:
Some of us may feel worn by the situations that we’ve faced in life: harsh words, names you’ve been called, struggles, broken relationships, etc. These things can leave us feeling exhausted.

The scriptures tell us though that when we accept Christ as our Savior, the Holy Spirit comes to live inside of us. This scripture is reminding us that the same power that raised Christ from the dead now lives inside of us. When we feel worn, when we feel “crushed by the weight of this world,” when all seems lost, the power of Christ lives in us and it can renew us, strengthen us, and make us more into the person that God desires us to be. Ultimately, God renews us with the hope that we have of perfect and eternal life with Christ.

The scripture says that outwardly everything is wasting away, it’s decaying, it’s dying but inwardly we are being renewed.

There is one other important verse in this passage that we didn’t talk much about. Verse 7 says “but we have this treasure in jars of clay to show that this all-surpassing power is from God and not from us.” Some people think what Paul might have been referring to here were these small clay pottery lamps that were sold in the Corinthian market.

This is what our lives as Christians are like. We are fragile people, we feel hurt at times, the weight of life feels like it may crush us; and although physically we are wasting away, our real strength comes from within. We have the Spirit of Christ within us that renews us daily by giving us strength and hope, regardless of what life may throw at us. No matter how worn down we may feel by the circumstances of life, nothing this world can throw at you, can ever take that light, that strength, or that hope, away from you