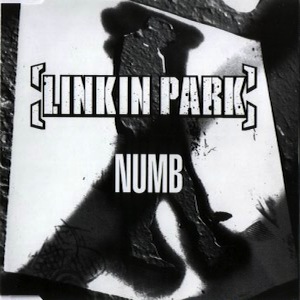 The Song: “Numb” by Linkin Park

Main Point of Discussion: Jesus cares about us…even when we don’t.

I’m tired of being what you want me to be

Q: What’s the message of this song?
A: The singer is tired of being on the losing end of relationships and has given up on any kind of vibrant, good life…and become emotionally numb as a way of getting through the days.

Q: How do you suppose we—as serious Christ-followers—should react to this song?
A: Jesus says that through him we can have life in abundance—that’s the opposite of being numb to the things going on around you.

Q: How can we move from healthy, Bible-based opinions about this song to actually living out those opinions?
A: If we’re not living as though God has redeemed us and empowered us, we’re not living the full lives God intended us to live—and we need to take a deep look inside at what’s holding us back, whether that’s self-image or self-esteem or any number of other issues.

Transitional Statement:
Some of you might be familiar with Linkin Park. In 2003 they released Meteora. “Numb” was the most successful single from that CD, reaching #11 on The Billboard Hot 100 and #1 on both Mainstream and Modern Rock Charts. As we watch the video, circle the words that you think carry a negative feeling.

Pass handouts (with the lyrics printed on them) to students.

Say:
A lot of times negative things that happen in our lives (like the things you wrote down) cause us to become numb. We stop caring, we stop trying, we give up.

Let’s look at someone else who felt numb. The woman we are about to look at felt like a failure, she felt alone and rejected. Then she met Jesus, and everything changed. Let’s see what happened.

5 So he came to a town in Samaria called Sychar, near the plot of ground Jacob had given to his son Joseph. 6 Jacob’s well was there, and Jesus, tired as he was from the journey, sat down by the well. It was about the sixth hour.

7 When a Samaritan woman came to draw water, Jesus said to her, “Will you give me a drink?” 8 (His disciples had gone into the town to buy food.)

10 Jesus answered her, “If you knew the gift of God and who it is that asks you for a drink, you would have asked him and he would have given you living water.”

11 “Sir,” the woman said, “you have nothing to draw with and the well is deep. Where can you get this living water? 12 Are you greater than our father Jacob, who gave us the well and drank from it himself, as did also his sons and his flocks and herds?”

15 The woman said to him, “Sir, give me this water so that I won’t get thirsty and have to keep coming here to draw water.”

Jesus said to her, “You are right when you say you have no husband. 18 The fact is, you have had five husbands, and the man you now have is not your husband. What you have just said is quite true.”

25 The woman said, “I know that Messiah” (called Christ) “is coming. When he comes, he will explain everything to us.”

27 Just then his disciples returned and were surprised to find him talking with a woman. But no one asked, “What do you want?” or “Why are you talking with her?”

28 Then, leaving her water jar, the woman went back to the town and said to the people, 29 “Come, see a man who told me everything I ever did. Could this be the Christ?” 30 They came out of the town and made their way toward him.

(You may want to end the lesson here. If so, skip ahead to the wrap up. If you want to finish the story, continue through the rest of the questions.)
Let’s read the rest of the story. I love this part…it shows us that no matter where we have been or what we have done, God can use us if we begin to care.

39Many of the Samaritans from that town believed in him because of the woman’s testimony, “He told me everything I ever did.” 40So when the Samaritans came to him, they urged him to stay with them, and he stayed two days. 41And because of his words many more became believers.
42They said to the woman, “We no longer believe just because of what you said; now we have heard for ourselves, and we know that this man really is the Savior of the world.”

Wrap Up:
Tonight we had a chance to watch a cool video and see how this modern “story” is very familiar to a story that happened 2,000 years ago. Two women alone and rejected both had stopped caring and became numb. Both were desperately looking for something.

I wish we knew what happened to the girl in the video. Did she find love and acceptance when she ran into that church? Did she begin to get along with her mom? Did she find friends in school? We just don’t know.

On the other hand, we do know that the woman at the well had a real encounter with Jesus, and she found love and acceptance in him.

We all have things in our lives that bring us down. Some are things that we do; some are things that have been done to us. Tonight we wrote down some of those things on cards. Tonight the same Jesus who offered acceptance and love to the woman at the well— numb to her pain—offers it to us. The great thing is that just like the woman at the well, we don’t have to earn God’s forgiveness. The Bible tells us that the cure for numbness is simply putting our trust in Christ as our only hope of salvation.