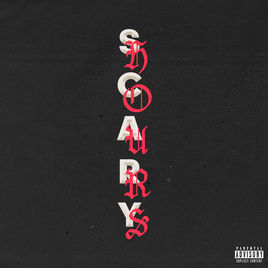 Main Point: In this video, Drake reportedly gave away $996,631.90 of the million dollar budget that was slated for the video. During the video he hands out cash to people on the street, delivers toys, cars, and more. It raises the question for every viewer of how we are handling the position and resources God has given to each of us.

Introducing the Song: Typically we would focus on the lyrics to the song at this point, but in this situation we are going to focus directly on the video for God’s Plan, looking at how each of us should respond to the position and resources we have been given.

The Music Video: The music video can be viewed for free at
https://www.youtube.com/watch?v=xpVfcZ0ZcFM

Transitional Statement – Say something like this:
Drake is worth an approximated ninety million dollars. Odds are pretty good each of us will never see that level of wealth. Does someone need to be wealthy to be generous? Do each of us have a responsibility to do something with the position and resources we have, even if it is vastly different than what Drake has?

Let’s talk about this a bit and then look and see what God’s Word says on the subject.

The generous will prosper; those who refresh others will themselves be refreshed.

Wrap Up:
During this time, we watched Drake’s music video “God’s Plan.” Even though the lyrics do not seem to line up, Drake makes a powerful statement about the impact one person can make when they use what they have to help others.

Psalm24:1 says, “the earth is the Lord’s and everything in it.” When we consider this truth, how should that shape how we view our resources?

What if we realized that everything we have, position and resources, truly are from God? How would you use things differently if you asked God what He would desire you to do with them?

Drake is a man of means, and he seemed to relish the opportunity to help others. It’s easy for most people to think if they were millionaires, they would be generous. The reality is that generosity is a condition of the heart. It’s not about how much one gives, but it’s about how they use what they have been given. God has given each of us position and resources. Luke 12:48 records Jesus saying “when someone has been given much, much will be required in return.” Each of us has been graciously given enough to help others. While we may not be able to give a million dollars away in a day, God has invited us to do our part to show others how great He is by the way we give. Let us be people who show people God’s Kingdom on earth by seizing everything opportunity we have to help others.