God Must Be Busy 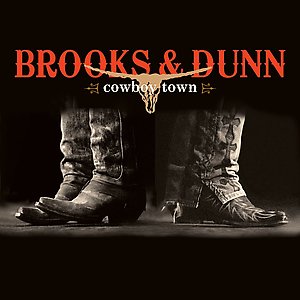 The Song: “God Must Be Busy” by Brooks & Dunn

Main Point of Discussion: God is never too busy to take care of you.

The Music Video:
The song’s video can be found at the following link: https://www.youtube.com/watch?v=IgvuIYZ9eoI

Song Lyrics: “God Must Be Busy”

That anchor man
says the fight began
somewhere in the Middle East.
The world prays for peace.
There’s a single mom
just got laid off when she lost a job
to some foreign hands
in some faraway land.
Last night in Oklahoma
some twister took thirteen
and they’re praying that they find
the missing three.
God must be busy.

That highway sign
went from slow ahead
to traffic’s dead.
Thought it couldn’t get worse
than that Amber Alert.
They say she’s 4,
Colorado plates, headed out-of-state
in a Chevy van.
It’s hard to understand.
You can see it in the faces
of all those highway strangers,
they’re praying that God
keeps that girl from danger.
God must be busy.

(chorus)
And I know in the big picture
I’m just a speck of sand
and God’s got better things to do
than look out for one man.
I know he’s heard my prayers
cause he hears everything,
he just ain’t answered back
or he’d bring you back to me.
God must be busy.

That evening news,
Ain’t much changed
pretty much the same
since I left home.
Yeah that war’s still on.
They found that little girl.
She was soaking wet,
half scared to death
on the side of some road.
Them prayers work, you know.

And the Bloods and Cripps are at it,
and there’s a killer drought down south,
and old folks can’t afford the drugs
they can’t live without.
God must be busy.

That anchorman,
says the fighting’s worse,
cities burn in the Middle East.
The world prays for peace
Three Simple Questions (with Answers You May Be Looking for):

A: God must be too busy to help me and other people who really need it.

A: We need to remember the truth that God is never too busy for us—and despite all the problems we see around us, God is in control and wants us to come to him with our prayers and concerns.

A: First of all, we should be compassionate toward those who, in their pain, don’t believe God is there for them or is too busy for them. In our compassion, we also should encourage these folks—and that despite the calamity often present in our world, God is working out his plan. We should use Scripture to back up our assertions, such as Philippians 4:6 (“Do not be anxious about anything, but in every situation, by prayer and petition, with thanksgiving, present your requests to God”) and Luke 12:6-7 (“Are not five sparrows sold for two pennies? Yet not one of them is forgotten by God. Indeed, the very hairs of your head are all numbered. Don’t be afraid; you are worth more than many sparrows.”).

Transitional Statement:
This song describes exactly how lots of people feel when they look at the broken world we live in. Everything from natural disasters, to kidnappings, to war and terror are mentioned in this song. For most it’s easy to see why Brooks & Dunn believe God must be too busy to do anything about the problems we face. But let’s spend some time talking together about this belief and see if it’s really true. Let’s see if God really is too busy for us.

40 Now when Jesus returned, a crowd welcomed him, for they were all expecting him. 41 Then a man named Jairus, a ruler of the synagogue, came and fell at Jesus’ feet, pleading with him to come to his house 42 because his only daughter, a girl of about twelve, was dying.

As Jesus was on his way, the crowds almost crushed him. 43 And a woman was there who had been subject to bleeding for twelve years, but no one could heal her. 44 She came up behind him and touched the edge of his cloak, and immediately her bleeding stopped.

When they all denied it, Peter said, “Master, the people are crowding and pressing against you.”

46 But Jesus said, “Someone touched me; I know that power has gone out from me.”

47 Then the woman, seeing that she could not go unnoticed, came trembling and fell at his feet. In the presence of all the people, she told why she had touched him and how she had been instantly healed. 48 Then he said to her, “Daughter, your faith has healed you. Go in peace.”

49 While Jesus was still speaking, someone came from the house of Jairus, the synagogue ruler. “Your daughter is dead,” he said. “Don’t bother the teacher anymore.”

50 Hearing this, Jesus said to Jairus, “Don’t be afraid; just believe, and she will be healed.”

51 When he arrived at the house of Jairus, he did not let anyone go in with him except Peter, John and James, and the child’s father and mother. 52 Meanwhile, all the people were wailing and mourning for her. “Stop wailing,” Jesus said. “She is not dead but asleep.”

53 They laughed at him, knowing that she was dead. 54 But he took her by the hand and said, “My child, get up!” 55 Her spirit returned, and at once she stood up. Then Jesus told them to give her something to eat.

Wrap Up:
You know, this Bible passage seems to sharply contradict the overriding message of the song we just heard, which is “God must be too busy to help me.” In the song, the singer points out all that can go wrong with life, and he is left wondering if God is simply too busy to do anything about our struggles. But this Bible passage from Jesus’ life, who, by the way IS God, tells us the exact opposite – that God IS willing to take all the time necessary to care for people.

If you have any doubts about that, let me tell you a true story that will hopefully help you understand why you can FIRMLY believe that God is good and totally loves you…even when life stinks and you don’t understand why.

Parent: (The author grants you permission to use this story)

I have a youth pastor friend named David who was recently blessed by God with the birth of his first son, Josiah. All that my friend David talks about these days is how much he loves his little boy, Josiah. But during the first week of Josiah’s life, he had to go to the doctor’s office for extensive blood tests. These blood tests indicate blood type, any potential disorder the baby may have such as an infection, and also whether or not the baby has any allergies, maybe even to milk. As far as importance goes, these tests are crucial…as far as pain goes, they are horrific.

The doctor has to poke several holes in the baby’s foot and then squeeze the wound to make blood drain out of them into vials and special paper that changes color to indicate certain results.

My friend reported that Josiah screamed in agony during the tests. His little body was in such pain, that he curled up his tiny arms and legs, fingers and toes, trying to escape the overwhelming sensation. But he was helpless against a doctor and nurse armed with needles and tourniquets.

My friend David stood there with tears in his eyes, listening to his only son shriek in pain due to the needles and procedures. David didn’t want Josiah to suffer, but he knew that unless Josiah underwent these incredibly important tests, he might become sick and actually die! So my friend stood there, calmly stroking his little boy’s forehead while he cried, because he knew that this pain Josiah was feeling was only temporary, and would save his life.

That’s the exact same way it is with God. He hates to hear us cry, to see us suffer, and to know we ache. But He knows SO much more than we do. He knows what we will become after the struggle, if we trust Him. He knows how this will purify us for the future. He knows everything.

Plus, when we hurt, God is there, just like my friend David was for his son, reaching out to comfort us.

Tonight, if you are going through a difficult time, and you’ve been thinking, “God must be too busy,” then stay a few minutes after we finish up, and let’s talk. I promise you our God is NOT too busy for you!