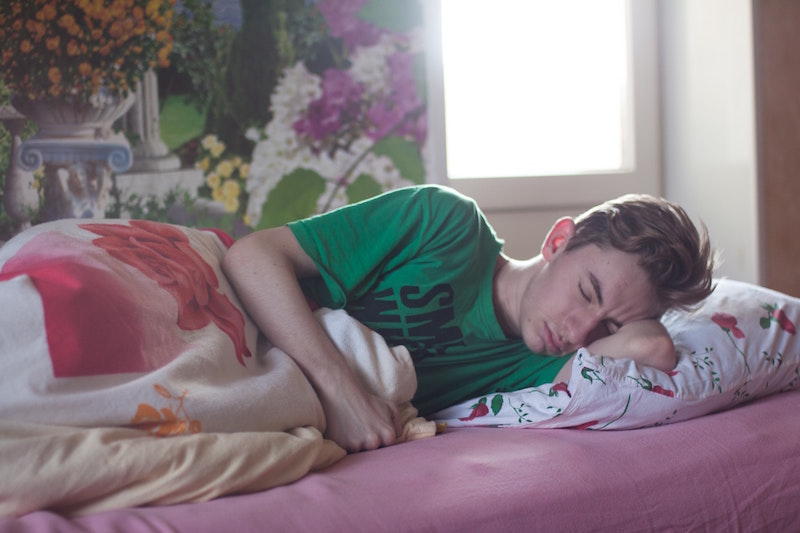 The Real Price of Sleep Deprivation in Kids’ Lives

Teens aren’t getting enough sleep, not by a long shot. The effects it’s having on our kids can be scary. The way teens deal with it can be even scarier.

Something has to be done because our kids are paying a steep price for losing sleep.

The Centers for Disease Control and Prevention recommend that teenagers get between 8 and 10 hours of sleep each night. Unfortunately, studies show that less than 10% of teens get that amount (even on school nights). The actual amount of sleep the average teen gets is closer to 6.5 hours per night.

There are lots of reasons why teens get such little sleep. Among the most prevalent are increases in homework, certain health conditions (such as asthma, sleep apnea, etc.), drug and/or alcohol use, and of course, screens. The toll of sleep deprivation is even more varied. Teens who don’t get enough sleep:

That last risk is the most unsettling. For years, researchers have been trying to discover if there is any correlation between sleep deprivation and mental health issues such as anxiety or depression. Based on research released in October of 2018, it seems there is. Researchers now believe there is an association between sleep loss and risky behavior in teens, such as drug use, alcohol use, and dangerous driving. However, teen sleep deprivation had “the strongest associations” with mood and self-harm. According to their data, adolescents who slept less than six hours each night were three times more likely to report suicidal thoughts and/or attempts.

That’s bad news. The good news is, some teens are willing to try and solve their own problems. The worse news is, their solutions are often self-prescribed sleeping aids….

The C. S. Mott Children’s Hospital conducts regular polls on adolescent health issues. In a study released in September of 2018, they found that 28% of kids between the ages of 13 and 18 had tried some form of medication to address sleep problems.

Are those solutions coming from a medical professional? Is that what their doctored ordered? Probably not. After all, only a quarter of the kids polled have ever talked to their physicians about their problems getting adequate sleep.

That’s what Dr. James B. Maas of Cornell University calls teenagers due to their rampant lack of sleep. He probably didn’t intend it, but zombies have a morbid commonality: they’re all dead. Based on the research above – especially the stats dealing with suicide and car accidents – it’s not an exaggeration to say quality sleep can have life and death consequences. Since sleep is so important, shouldn’t parents do everything they can to help their kids get a great night’s rest? Absolutely! It’s not hard to do. Here are several suggestions rolled into two overarching points.

Make sure your kids aren’t zombies in the morning. Or ever. Exert every ounce of influence you can to help them get the rest they so desperately need. You can drastically change their days just by tweaking their nights.