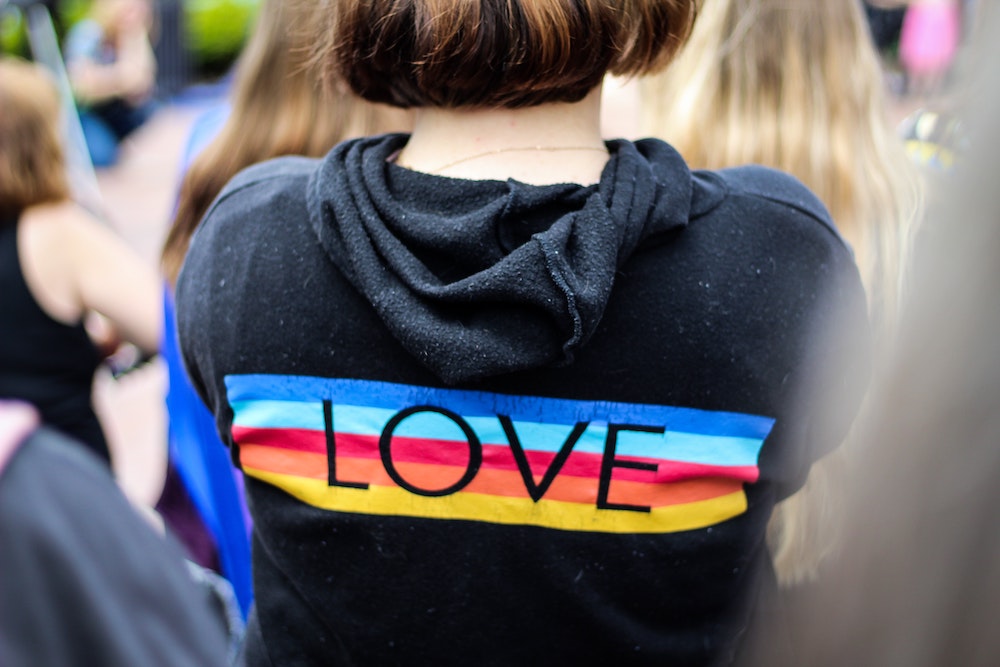 Have you heard of cyberflashing? How about someone who identifies as panromantic? Those are just a couple of the latest terms to emerge from the ever-shifting landscape of sexuality that young people navigate on a regular basis.

Welcome to their world.

A Day in the Life
Gender, marriage, relationships, and almost everything else related to sexuality has undergone rampant changes within a generation, and the near-constant pace of evolution shows no sign of slowing. The lexicon is always growing with the addition of new terms, or new trendsetting shows pushing the limits…and meaning can shift overnight. Keeping up with the latest trends – and pitfalls – is a daunting task, but an incredibly important one!

Over the past 30 days, I’ve noticed quite a few headlines that focus on some aspect of the sexual reality teenagers walk through week after week. There were too many to address in one article, so below, I’ll give a very brief description of just four of the most pressing concerns facing today’s teenagers.

Sexual Abuse
According to the Journal of the American Medical Association, ER visits for confirmed cases of adolescent sexual abuse doubled in the US between 2010 and 2016. With rates of child sexual abuse steadily declining for decades, researchers weren’t able to explain this woeful rise in adolescent trauma. Unsurprisingly, the lion share of admissions belonged to young girls; those between the ages of 12 and 17 represented 85% of the admissions, while boys the same age shared the remaining 15%. Some wonder if there’s a connection between porn use and violent crime. Research hasn’t expressly connected the two as of yet, but even the FBI has noted that, “Pornography is found at 80% of the scenes of violent sex crimes, or in the homes of the perpetrators.”

Premarital Sex
The majority of U.S. teenagers have sex (57%) before they graduate from high school, but this number has decreased in the last few decades, simply put, because it’s difficult to have sex when you stay home and stare at a screen every night. But even though sex is down a tic, sexually transmitted infections have increased in the US yet again. And new research is upping the ante when it comes to the ramifications of premarital sex. A study published in Psychiatry Research claims that young people “who engage in sexual intercourse tend to face higher odds of suicide attempts.” The study focused on more than 115,000 participants between the ages of 12 and 15 from 38 different countries and found that, “Sexual intercourse in early adolescence may increase risk for suicidal behavior via mental disorders, distress resulting from being too psychologically immature to handle sexual relationships, and sexual violence particularly among girls.”

Gender Dysphoria
According to research conducted by North Carolina State University, roughly 1-in-5 teenagers claimed to have undergone some sort of shift in their sexual orientation over a three year period. Surveying more than 700 kids across the southeast, 19% reported at least one change in sexual identity, for example, female to male, while 21% confessed a shift in attraction, for example heterosexual to homosexual. On the whole, girls were more “fluid” in their attraction than boys. There’s little doubt that high profile celebrities are influencing this trend. For example, Miley Cyrus’ efforts to identify as pansexual, Bella Thorne’s claim to a polyamorous identity, and the rise of demisexual conversations dominate the headlines…and the attention of young people.

Yes, there is a lot of danger and confusion for our kids to deal with when it comes to sex and sexuality. But in all honesty, helping young people adopt a lifestyle of purity has been a challenging proposition in almost every generation. As parents who want to help steer our kids through the jungle of urges, there is plenty we can do to help. Here are two very simple tips that will go a long way to making sure you are a voice of influence in their lives in regards to sex and intimacy.

No, the sexual reality facing our teenagers today isn’t exactly a healthy one. But if we are committed to walking with them, we can steer them safely through most of the perils.