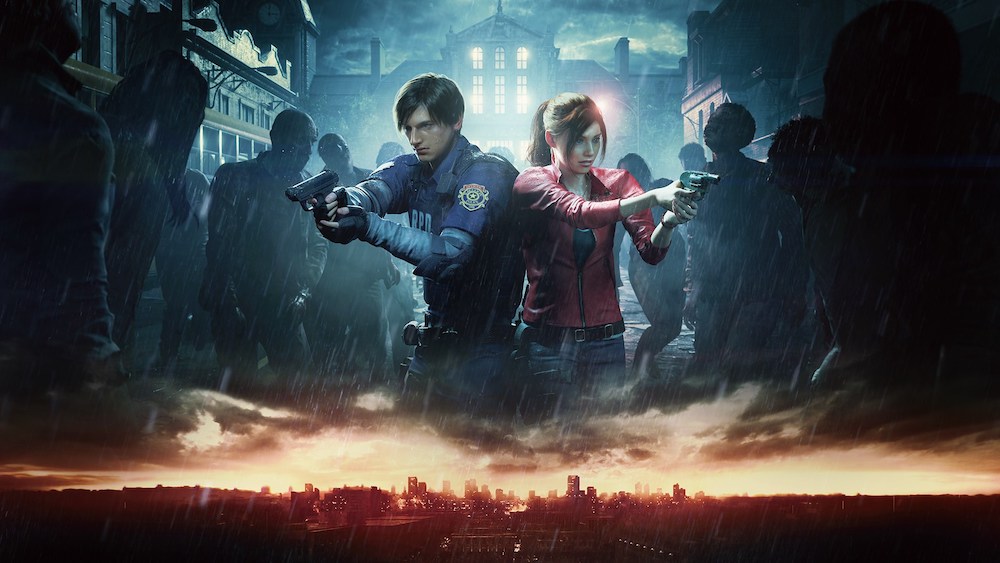 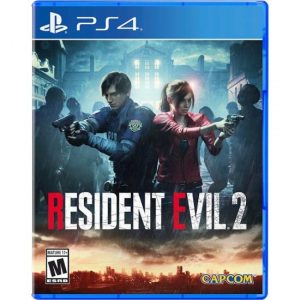 Game Description:
The Resident Evil series is one of the longest-running series of horror video games. First debuting on the original Playstation, it focuses on a character caught in the middle of a zombie outbreak and needing to navigate some kind of complex setting, such as a mansion or secret underground lab, with locked doors and puzzles challenging players to move forward while constantly under threat by undead. Now the influential second game in the series has received a full makeover, and it’s being hailed as one of the best games of the year so far.

Resident Evil 2 follows two people, Leon and Claire, as they find themselves in Raccoon City for different reasons in the middle of a zombie outbreak. Leon goes there to report for his new job as a police officer, while Claire is simply searching for her brother. The player chooses which of the characters they will play, which slightly affects how they experience the story and in what order they go through its areas, but either way they’ll uncover a government conspiracy and learn about the various people that brought it about.

True to the series’ roots, Resident Evil 2 is less about snappy action and more about fearful encounters. Ammo is scarce, so players can’t afford to mow down every zombie they come across. Most of the game takes place in narrow hallways and small rooms where danger could be lurking anywhere. And very few problems can be solved with heavy firepower and brute force; even when facing powerful enemies the game is more about outsmarting them than pumping bullets into them.

But as expected, as zombie game has some elements that aren’t entirely appropriate for children. Let’s see what the barrier of entry is on this one.

This is a game about rotting corpses coming to life to devour the living, after all. Early on a zombie is seen ripping the flesh from another man’s neck with its teeth. Soon afterward, Leon tries to pull a screaming man out from under a partially-raised metal gate, only to find he’s been ripped in two and his entrails are all over the floor. This man later reanimates as a zombie and attacks the player.

The violence the player inflicts is relatively tame by comparison, for the most part. Slicing at zombies with a knife or shooting them generally produces small spurts of blood, but with enough headshots the player can eventually split a zombie’s head open, laying it grotesquely bare and downing the zombie permanently. In one section, the player is attacked by grotesque amalgamations of bloody limbs and gore. In another instance, a large zombie creature is seen crushing a man’s head in its hands. Later in the game, a large man is hit by a rocket launcher, leaving only his severed lower half where he stood.

In one scene, a child is hit by a man. In another, a child who’s about to turn into a zombie is shot offscreen.

Language:
Resident Evil 2 includes the F-word and pretty much all manner of lesser vulgarities.

Sexual Content:
At a couple points in the game the player can see posters of scantily-clad women on the wall. A prominent character later in the game wears a tight dress with a high slit.

Spirituality:
The zombies of Resident Evil are caused by a virus, and the game remains purely in the realm of science fiction.

Miscellaneous:
There are scenes depicting physical abuse toward children.

Positive Elements:
Both Leon and Claire display a number of positive qualities over the course of the story. They’re compassionate people who want to help others and protect the people they care about, and they put themselves in great danger to do so.

Reviewers Thoughts:
I must confess, I never played the original Resident Evil 2. I was far too young for the game when it originally released, so this was an opportunity for me to catch up, in a sense, on a classic I’d never played before.

For me, Resident Evil 2 hit the sweet spot between two types of games that don’t often combine well in my mind. Some horror games, such as Resident Evil 5 and 6, focus so much on action and combat that they completely fail to scare me, while others like the first Resident Evil are very effective horror games, but not particularly enjoyable to play on account of slow pacing and clunky gameplay. Resident Evil 2 has far more in common with the slow, ponderous horror games, but with the tight controls of the more action-based ones, and the result is a rather impressive fusion of classic gameplay with modern comforts.

Sometimes the result is still a little hokey, like when you’re running from a giant zombie crocodile in a sewer, but other times it’s transcendently scary, like when a huge, invulnerable zombie begins marching through the police station and stalking you at all times, the thump, thump of his footsteps an ever-present indication of approaching danger. It is a pretty old game, after all, so some of its brilliance shines through its age while other elements of its story and design are unable to overcome the cheesy source material. But at all times it’s a remarkably polished experience that kept me enraptured from the first moment to the last.

That said, it’s obviously not appropriate for all ages. Younger players are likely to be disturbed by the extreme violence on display, and the language doesn’t lighten the load. You’ll probably want to save this one for particularly mature players only.