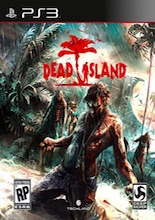 ***NOTE: Review was written after playing through only 30% of the game***

Dead Island is a 1st person action adventure game that takes players to a plush tropical resort on the fictional island of Banoi. As the game’s first cut-scene begins, the player views the action of a raucous dance party from the perspective of a drunken stupor. After stumbling through the dance floor and passing out in the bathroom, the player awakes in his or her hotel room to find the entire resort abandoned by everyone except for blood-thirsty zombies. The player eventually finds other survivors who inform him/her that the player is the only person who is immune to the infectious bite of the zombies. From there, the player goes on various quests to help the survivors get off the infected island.

Despite its graphic content, Dead Island is a very beautiful looking game. The environments of the tropical island leave no question that Banoi was meant to be a lavish tropical paradise prior to the zombie infection. As I played through the introduction of this game, I found myself forgoing the use of a vehicle for transport so I could enjoy some of the spectacular scenery that is in the game.

Gameplay-wise, Dead Island is both simple and complex. At its simplest, the player merely accepts quests and missions from survivors where he or she must go out into the island, collect items, perform tasks, and kill any zombies that get in the way. To do this, the player can pick up almost any item and use it as a weapon with which he or she can bludgeon, maim, or shoot the zombies as they appear. The complexity comes with the games role-playing aspects. As the player progresses through the game, he or she will advance in levels which will allow for improved abilities that the player must choose based on their gameplay preference. Also, weapons can be upgraded to deal more effective damage with items that are found throughout the island.

Finally, Dead Island is meant to be played cooperatively with others online, either through Xbox Live or PlayStation Network. At any point in the game, the player can have others join their session and work together to complete missions or explore intensely zombie-filled areas. The player can voice chat with others and can also leave the gaming session at any time.

Dead Island is a game where violence is an essential part of the gameplay. As stated before, the player can pick up almost any item and use it as a weapon. This includes lead pipes, baseball bats, knives, machetes, firearms, etc. Also, the player can upgrade these weapons to deal more damage or have combat bonuses. Weapons will also deteriorate with repeated use, and need to be repaired periodically.

Throughout the portion of the game that was played, a considerable amount of blood and gore was encountered. When zombies are slayed, large amounts of blood will issue forth. Specific limbs can be targeted by the player, which also brings forth a considerable amount of blood. Finally, from time to time, the death blow to a zombie will be shown in slow-motion, accentuating the violence. Needless to say, Dead Island is a very bloody game.

Within the first 5 minutes of the game’s intro cut-scene, almost every obscene phrase or expletive term was used. Throughout the portion of the game played, cursing can be heard by the player’s character and by non-playable characters at random times.

Though no explicit sex scenes were encountered during my short playthrough, there is sexual content of note:

During my short playthrough, I did not encounter any specific religious references or spiritual content.

There is alcohol use and there are drug references in Dead Island. First, the player can find bottles of liquor scattered throughout the bars and rooms of the resort. Consuming these will grant the player a damage bonus, but will also impair the players view and ability to move. Also, there are references to drugs, including a mission where the player is required to find illicit drugs for one of the survivors.

Finally, since players can meet other people online and play together, there is no control over what the other players do, or more importantly, say during gameplay. Players online can use foul language as easily as calm communication.

Reviewers Thoughts
Personally, I did not really enjoy this game, but not for reasons pertaining to the graphic content of the game. The gameplay was solid and enjoyable, and the RPG elements of the game were a welcome surprise. However, a big problem for me in any game is a poor story, and in Dead Island, the story is almost non-existent. All you get is a curse-happy cut-scene to start and then you are launched into completing missions for people that you never actually become attached to. Like a movie with a bad story, Dead Island simply fails to capture my attention. And then obviously, with the content mentioned, this game is clearly meant for discerning audiences that are 18 and older.